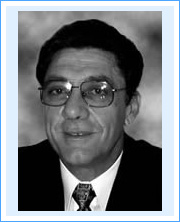 Dr John Cappola received his Doctorate of Chiropractic Degree, with honors, from Sherman College of Straight Chiropractic, Spartenburg South Carolina, in December of 1983.

He commenced practice in Brisbane in May of 1984. Amongst some if his achievements he was elected on the Deans list for academic excellence in 1983.

He has served on the Executive of the Queensland Branch of the Chiropractic Association for five years from 1984 – 1989.

He is a diplomat of the Pierce – Stillwagon Chiropractic Technique.
Dr Cappola keeps developing his knowledge in chiropractic current by attending various technique and workshop seminars and by reading the latest research available.

Dr John has a great deal of experience in the treatment of Sports Injuries.
His other areas of particular interest are body bio-mechanics and movement, exercise physiology and correct lifting procedures as he is a qualified powerlifting coach.

Dr Cappola’s hobbies include powerlifting, wood work, gardening and picking at his guitar.

Techniques that Dr John applies and utilizes are:

Dr Cappola has practised chiropractic in Italy for a period in 2005 and 2006. He is a member of the Italian Chiropractic Association. Dr Cappola speaks fluent Italian and can communicate in basic French.

Dr Cappola is a passionate chiropractor and will never take a short cut. 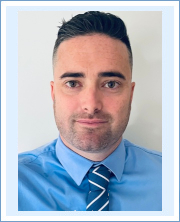 Dr William Gosling received his Bachelor of Science and Master of clinical Chiropractic
degree, with Distinction, from Central Queensland University in Brisbane Australia. Dr William is a member of the Australian Chiropractors Association who works with a diverse range of patients to provide a natural, sustainable, and preventative health care solution. Dr William believes that chiropractic care offers families a natural path to good health through a more conservative approach that optimises body function, while also recognising the importance of proper nutrition and exercise.

Dr William continually strives to provide exceptional care that meets the needs of each
individual and is focused on working within the community alongside fellow healthcare
practitioners to improve the health and lifestyle of people within society. Dr William continues
to develop his knowledge and experience of chiropractic through attending various seminars,
courses, books and keeping up to date with the latest research within the chiropractic and
healthcare sector. Dr Williams clinical interest includes neurology, biomechanics, and
nutrition. Techniques that Dr William utilises in practice include:

Previously, Dr William held a career in the mechanical engineering field and discovered the
health benefits of chiropractic care. He was so impressed that he decided to study
chiropractic and has never looked back. Dr William’s hobbies include Motorsport,
weightlifting & fitness, fishing, darts and spending valuable time with his family, wife Katie,
and daughter Aria. 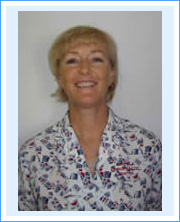 Cheryl commenced working as a Chiropractic Assistant in March of 1984.

Her role encompases sharing her knowledge of chiropractic with patients to further educate them in the ways of a chiropractic lifestyle along with assisting in patient examinations and the administration of day to day function of the clinic.

As the Clinic Manager, Cheryl is knowledgeable in Department of Veteran Affairs and Workcover Claims and as such administers these claims for the clinic. She is also an avid supporter of natural therapies with a comprehensive knowledge of nutrition.

Cheryl and Dr John Cappola were married in December of 1984. They are parents of two children, Carolyne and Nicholas.

Cheryl’s outside interests include tennis, gym, golfing, walking and gardening.

Cheryl is a passionate gardener, and an Excellent cook.